Not part of the community yet?   JOIN NOW

The News in English

Let's Talk About Me

Friends: The One With The Male Nanny

FOR OUR MONTHLY NEWSLETTER

Save time now and get everything you need in one easy download.

Free up your planning period.

Get activities for the whole term now.

Here’s what you get:

How To Assign Group Roles

Classes in Asia can sometimes have thirty or more students requiring a considerable amount of classroom management.

It is necessary to develop group work activities and student autonomy in these large classes.

Assigning a role for each student in a group is a useful classroom management tip, which increases the effectiveness of group work.

If there are only four students in a group, then the role of Facilitator could also keep track of the time.

How to Introduce Roles

When introducing the roles to the students, write each role on the board with the corresponding responsibility. Describe the roles orally and give an example of each role.

After explaining the roles and giving students time to decide their roles in the group, check to make sure everyone has chosen a role before beginning an activity.

See this video on YouTube showing how to introduce roles to the students.

Roles can be applied to group discussions, debates, and projects, to name a few. Other types of roles might include each student taking charge or facilitating one part of a discussion.

Afterwards, each student reports on his or her assigned topic to the class.

Using group roles increases the effectiveness of group work, keeps students on task, and encourages each student in the group to participate.

In addition, the role of English Monitor motivates the students to conduct their discussions in English. 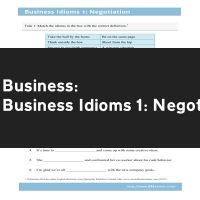 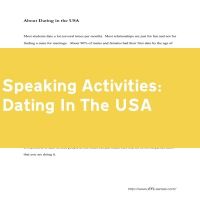 Dating In The USA 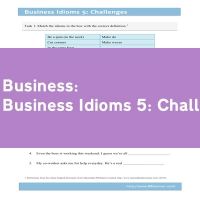 I'm Becki, the Co-Founder and the one who put up all these great speaking activities. We’re here to provide enjoyable lessons for teachers like you! Learn more

What Would You Do If Game Board
ESL Grammar

FOR OUR MONTHLY NEWSLETTER